On May 1, 2016, I started a running streak. Some members of my running group, The Yellow Donkeys, had already embarked on a streak. The one rule, you must run at least one mile every day. Today (Oct. 6, 2018) I hit day 888. So I’m looking back on my eight favorite runs since I started running as a hobby in 2011.

8. The Butts & Guts 5K (Carbondale, IL). In 2014 I donned a pair of boxer shorts and ran in this fundraiser for the American Cancer Society. It was held during Colorectal Cancer Awareness Month. The gimmick is that everyone wears boxers, but when I first arrived no one was. I waited until others put on their boxers and then slipped a brand new TMNT pair over my shorts. 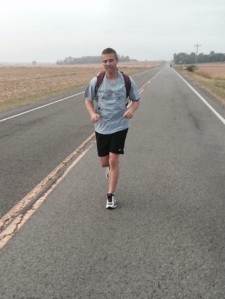 7. Marathon training (Harrisburg, IL). I ran my first marathon in 2015 (spoiler it’s number 1). The training for the event was grueling. On September 27 of that year, my fellow Donkeys and I ran a portion of the marathon course. I hit 20 miles that day, the longest distance I’d run to that date.

6. Warrior Dash (St. Louis, MO). I have run in three Warrior Dashes since 2012. My first was with a few of my fraternity brothers. It was a great way to connect and get covered in mud. Plus there’s beer at the end. A year later my wife joined us and then in 2018, I ran the Warrior Dash with her and her friends along with our daughter. Each one was a messy good time.

5. Run with the Eagles (Herrin, IL). Before I did a marathon, I ran two half marathons, both the Run the Eagles event. My first was in 2014. I felt horrible about the race and my performance. A year later I returned and finished in just under two hours. I was extremely proud of the nearly 30-minute improvement on my running time and actually teared up when I crossed the finish line.

4. Insane Inflatable 5K (Evansville, IN). Finding fun family activities is always a good thing. During the summer of 2015, #TeamHunsperger came across the Insane Inflatable 5K in Evansville, Indiana. We’d been talking with a friend of mine, Kevin Gillespie (I’ve known him since before kindergarten) about introducing our families to each other. So we did it with this run and then a weekend stay at Holiday World Splash & Safari in nearby Santa Claus, Indiana. I loved the race course as we goofed around on the inflatables for 3.1 miles.

3. Jingle Bell Run (Ina, IL). As I mentioned, I started running as an adult in 2011 after a two-decade break from high school. The best part was getting my family involved. Our sons started running in the 5K Club at Carterville Intermediate School. So my wife and boys signed up for the Jingle Bell Run for the Arthritis Foundation in December of that year. During the course of the run, we all got separated, my wife encouraging us to all move forward. Then as she was in sight of the finish line a group of boys from the school ran to her and ran with her to cross the finish line. My heart swelled with pride because not only had my life just completed her first 5K but those boys showed so much compassion and respect by doing that. Plus we had cool like bells on our shoes. 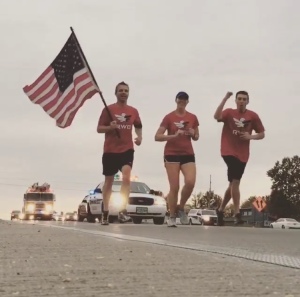 2. Old Glory Relay (Carterville, IL). I’m noticing a theme with my running. 2015 was a big year. Before I put much thought into it, I agreed to run a roughly three-mile portion of the Old Glory Relay for Team RWB here in southern Illinois. What I didn’t consider was this was to happen the day after my first marathon. Despite the aches and pains, I was still experiencing, I had a feeling of exhilaration as my co-workers Brandon Merano and Ashley Smith eagerly awaited the arrival of the flag. People from Carterville gathered to cheer runners on at the exchange as veterans also took part in the event. We ran along Route 13 with cars passing, honking and waving as Old Glory was carried proudly the whole time. 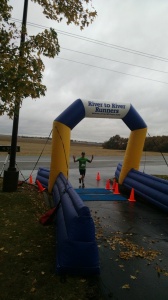 1. Shawnee Marathon (Harrisburg, IL). No surprise this is my favorite as I spoiled it early on in the post. I can’t tell you the emotions I felt the day of this race. It rained for a long time. I hate the rain. Hate, hate, hate rain. But I pushed forward. Honestly, the best memory of that day was the fact that my wife spent the entire morning getting to different spots on the course to cheer for me. I cried more than once during the race. Running is such a mental sport. I think once you start doing it, the physical side gets easier. Crossing the finish line in 4:35:55 wasn’t the greatest time but it is one of the greatest accomplishments of my life.

By the way, I’m not quitting the streak. I wrote this because of all the 8s involved with today’s run. Thanks to everyone for the words of encouragement through the years.