They say you can’t teach an old dog new tricks. I don’t buy into that line of thinking. However, what I learned earlier today is probably not a new trick. But since it’s new to me,  I figured I’d share it with you, because maybe you’d not heard of it either.

During our broadcast of News 3 This Morning today, our floor director Jordan captured video AND pictures of a Zumba segment we did. He did this at the same time. My co-anchor, Callie and I were perplexed by this and he showed us how he did it.

It’s pretty easy to do. (Full disclosure, I don’t know which versions of the iPhone this works with, but I have a 6 and it works on it.) 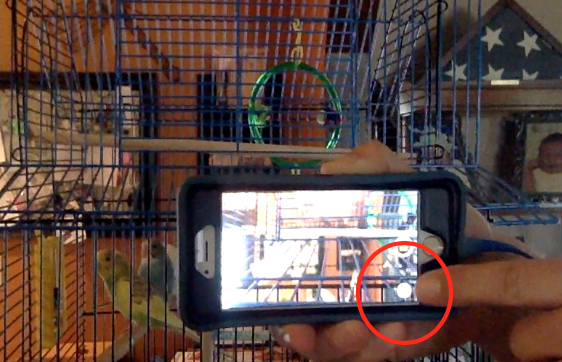 Open the camera on your phone.

The photos will be saved to your camera roll along with the recorded video. It’s that simple. I’ve often wondered about that white button but never thought much more of it. Now go out and take video and pictures and share both with the world.